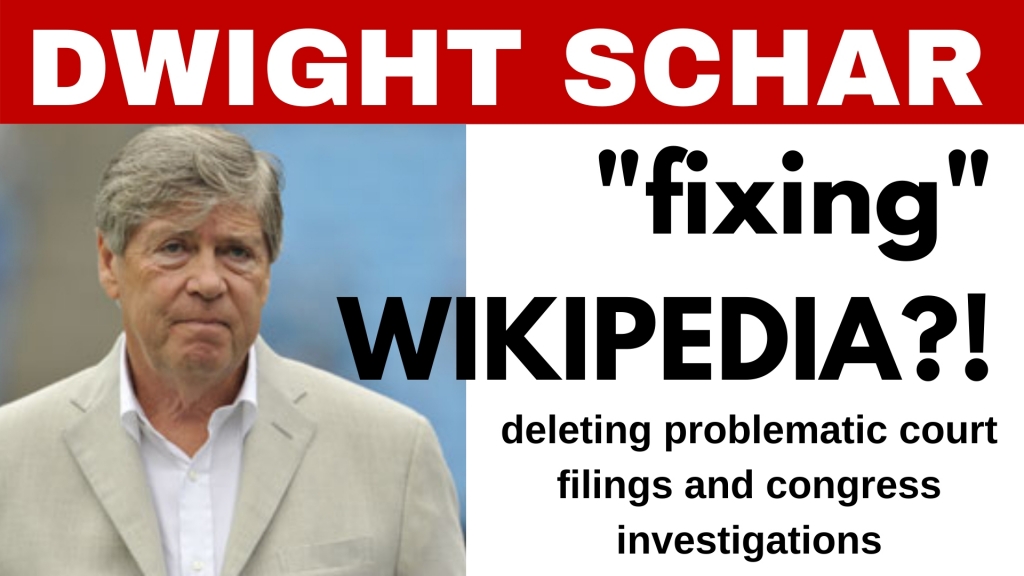 Don Juravin’s experience is that Dwight Schar’s large legal team has been trying for years to silence him from revealing the truth about Bella Collina and its long history of accusations of corruption (scam, fraud, and racketeering) in court cases filed by families in Bella Collina.

NVR is “facing mounting pressure from state and federal officials” for its “questionable business practices against homeowners.” Several homeowners across the United States have complained of dealing with problems that have been thrown at them by the homebuilding company. Four U.S. Senators have called for NVR to stop “using mandatory arbitration” in a letter sent to the business. The company does so to leverage construction defect repairs. “Forcing homebuyers into arbitration and nondisclosure agreements is unfair, unjust and abusive,” according to the letter, dated Nov. 6. “NVR’s reliance on mandatory arbitration provisions to evade accountability is unconscionable — and it may also be illegal.”

On Wikipedia, a paragraph about Dwight Schar’s involvement in scandals and lawsuits was consistently and mysteriously removed by a user named “Psimonson”, (presumably Paul Simonson, Dwight Schar’s appointed manager in Bella Collina).  The paragraph, according to public Wikipedia records, read as:

Dwight Schar’s businesses have been involved in some lawsuits and a handful of scandals. In 2018, two construction workers on his property plummeted to their deaths from a faulty scaffolding in Orlando, Florida. Another business, Bella Collina, has come under fire for poor management. Several of the families who owned property in the community have sued the business for racketeering, fraud, scams, and embezzlement.

“Psimonson”, the Wikipedia user, is likely Paul Simonson, the manager of Bella Collina and the president of one of Dwight Schar’s many companies. Is he getting being paid by Dwight Schar to remove any evidence of lawsuits or any supposed tarnish of Dwight Schar’s name? Don Juravin, his wife and kids and the 400 or so families that lost all of their investment to Dwight Schar, know just how treacherous Dwight Schar’s activities really are. Residents, including mothers and kids, complain of retaliation and harassment from Dwight Schar’s team while all he does is use his big law firms to further intimidate families.

A class-action lawsuit against Dwight Schar was filed in 2017 for “illegally usurped control of the POA. The POA, without member authorization, then filed 400 fraudulent lawsuits for the collection of invalid special assessments, which coerced lot owners to surrender their lots.” The suit, which was also filed against the builder Rick Scharich and others, was technically dismissed as Schar’s legal team outmaneuvered the families’ attorney. They also ran out of money in their fight for the truth against Dwight Schar, Rick Scharich, Paul Simonson and Richard Arrighi who was involved in defrauding the state of Massachusetts for $9.4 million.

Paul Simonson did not disclose his interest or paid activities on the platform, so he was slapped with a Wikipedia warning: “Individuals with a conflict of interest, particularly those representing the subject of the article, are strongly advised not to directly edit the article.”

Wikipedia locked the article, in order to prevent further edits, but announced that it did not endorse the current edits as they stood. While Psimonson gave an explanation for his edits, falsely identifying the edits as belonging to Don Juravin, a Wikipedia editor was “uncomfortable with the result, as it does not seem to address my concerns in either revision.”

NVR and its subsidiaries have fallen under the scrutiny of Congress in 2019. A USA Today investigation of Ryan Homes, a local homebuilder owned by NVR, found that both Ryan Homes and its parent company “cut corners during construction and left homeowners to deal with the defects. When concerns were raised, homeowners say the company would ignore its warranties, refuse to fix the problem, leverage any repairs into nondisclosure agreements or force customers into lengthy fights, costing them thousands of dollars.” Senator Sherrod Brown (D-OH) wrote a letter with three other senators asking the companies to “stop the practice of asking homeowners to sign non-disclosure and arbitration agreements before completing major warranty repairs.”

Other companies and communities under Dwight Schar’s wing have suffered from similar problems. Bella Collina, a community in Florida run by DCS Investments (another Schar company), has been involved in several lawsuits in the same vein as Ryan Homes. A class action lawsuit in 2017 alleging racketeering was filed by several homeowners. It was dismissed.

Further down, there is even more information on Schar’s manipulations in philanthropy:

In 2014, Mr. Schar pledged $12 million to Elon University in Elon, NC, which will help fund construction of buildings for the School of Communications and a proposed convocation center. Such a contribution is the largest single gift in the school’s history. Spencer Schar, Dwight Schar’s son, was the center of a lawsuit after assaulting three students. Another student who had been suspended for fighting him alleged in a lawsuit that Elon University had only suspended Spencer Schar because Dwight Schar had donated $12 million to the school. The lawsuit was dismissed.

Every action on Wikipedia is open to the public. One cannot hide on this platform.