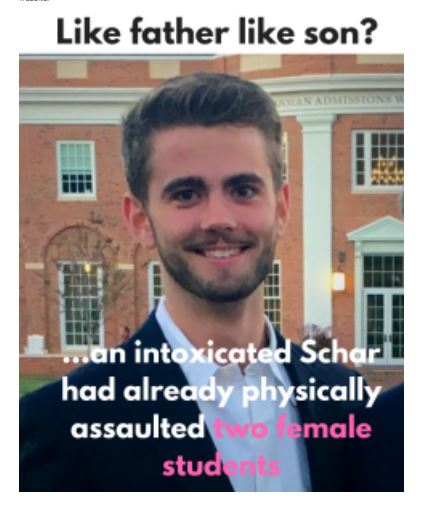 The former RNC chairman of the finance committee sent his legal team, or his Bella Collina workers, to frighten WordPress into taking Don Juravin off their platform. However, instead of being intimidated by Schar’s team move, WordPress stood up for the truth and for the First Amendment and told Don Juravin what was happening.

The site BellaCollina.homes has published only facts, residents’ experiences and opinions since its conception. According to Don Juravin, he is fighting to protect homeowners by revealing his vast experience leaving in Bella Collina and Dwight Schar’s team harassment and intimidation of his family and others.

Don Juravin claims that Dwight Schar’s Bella Collina wasn’t so straight forward with the district Florida judge when they prepared the injunction themselves asking the judge “only to sign on it”.  This injunction stripped Mr. Juravin of his ability to exercise his right to free speech. Moreover, Dwight Schar, through his companies, attorneys firms, and workers are going to great extent intimidate, harass and take borderline illegal actions against Juravin, his wife, young daughters, and even pets in order to stop him from revealing the truth as ABC EyeWitness News report is their investigation “Homeowner Dealing With Mafia-Like Behavior in Luxury Lake County Community“

It all started when Don Juravin placed his review of his bad experience in Bella Collina after 10 months of pleading to its management for improvements in the so-called “luxury” community. Dwight Schar’s company workers were fast to start harassment and retaliation not only against Mr. Juravin but also targeted his wife, his business, his young daughters and their pets.

According to Mr. Juravin, Dwight Schar should have been well aware of the mismanagement and targeting of his family and instead of asking the court to prevent his from calling his workers’ behavior “bullying” and “mafia-like” behavior, Mr. Schar should have given a clear instruction to his workers to stop the harassment and retaliation and approached Mr. Juravin to settle the case.

According to Don Juravin, while Dwight Schar‘s Bella Collina accused him of libel and slander, all of the items published on his blog are facts, not fiction. Mr. Juravin is not making this up for no reason, he is publishing the facts to protect people. Don Juravin was born in the Holy Land to a holocaust surviving family and having served in the Israeli Army IDF is realy to fight for the truth and at all costs against the billionaire Dwight Schar. He hopes the courts will stand up with the truth and not with the rich.

Juravin carries his Bella Collina and Dwight Schar’s exposure on these platforms: *See bottom for links

Facts from these sites reveal: