The POA failed to call annual meetings of members, amended the CC&Rs unreasonably and without lot owner approval at properly noticed meetings o f members, collected special assessments prior to turnover without the approval of a majority of members at a properly noticed meeting with a quorum, committed numerous other violations o f law and CC&Rs as described in detail herein, all in violation of the Florida Statutes, specifically cited herein, the Governing Documents and the June 24 Court Order. 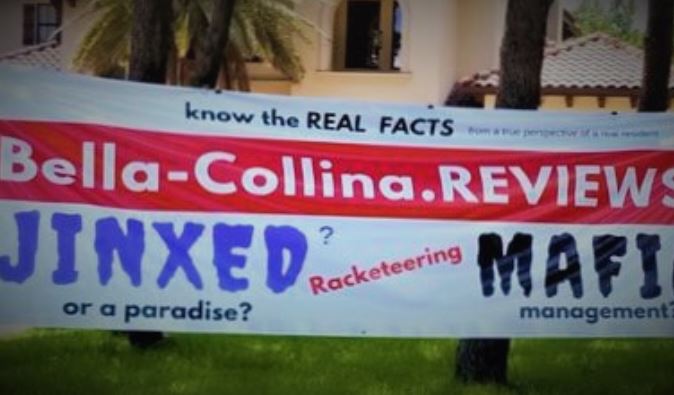 A federal magistrate has ordered several property owners in Lake County’s luxury Bella Collina community to pick up their developers’ legal tab, which is expected to be hundreds of thousands of dollars.

One of Central Florida’s most troubled home developments, the upscale Bella Collina country-club near Clermont, has been hit with a proposed class action lawsuit by people who bought lots there before the development went dormant in the Great Recession